Exciting new track to be unleashed on June 1st

A hard hitting melodic rock group with echoes of Incubus with added rawness, Looking For Liam are a four piece band from Essex who have also been compared to the wide ranging indie sounds and created an anthemic fusion of Muse, Coldplay and Arctic Monkeys. That those acts are so unique in their approach gives you an idea of what is so special about Looking For Liam – their ability to write indie-rock music with a number of different styles and tropes. 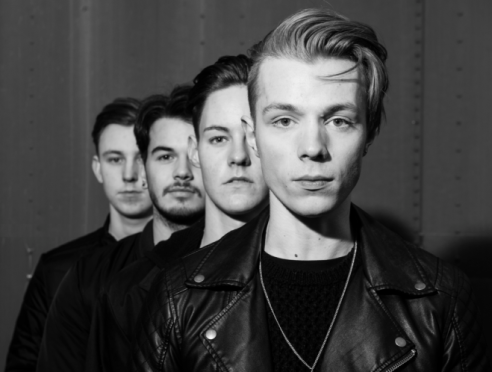 Formed in 2010, they first gained momentum in 2011 with a Battle of the Bands competition win, BBC Introducing coverage and a debut EP. Since then they have added another Battle of the Bands contest victory plus an appearance at Brownstock Festival to their CV, and with new single ‘Take What You Need’ coming on June 1st their stock is set to rise further.

On the booming single, lead vocalist and songwriter Tom Harper-Ward had this to say:

“‘Take What You Need’ is a true representation of our sound and musical direction. We hope you enjoy it!”

Hear the track for yourself here: https://soundcloud.com/lookingforliam/take-what-you-need

Brilliantly self-produced, the track above is a great example of their layered and intricate approach to songwriting, with heavier moments acting as punctuation to the more contemplative sections. It’s hugely impressive work from a band who are still only in their late teens, but show a great deal of maturity in their music.

With four members who share a deep love for creating music, and tastes that overlap to create their varied indie back catalogue, Looking For Liam are a band who not only benefit from a great deal of talent at present, but the great potential to expand on it. That makes this band one of the most exciting in the UK right now.

Looking for Liam are: